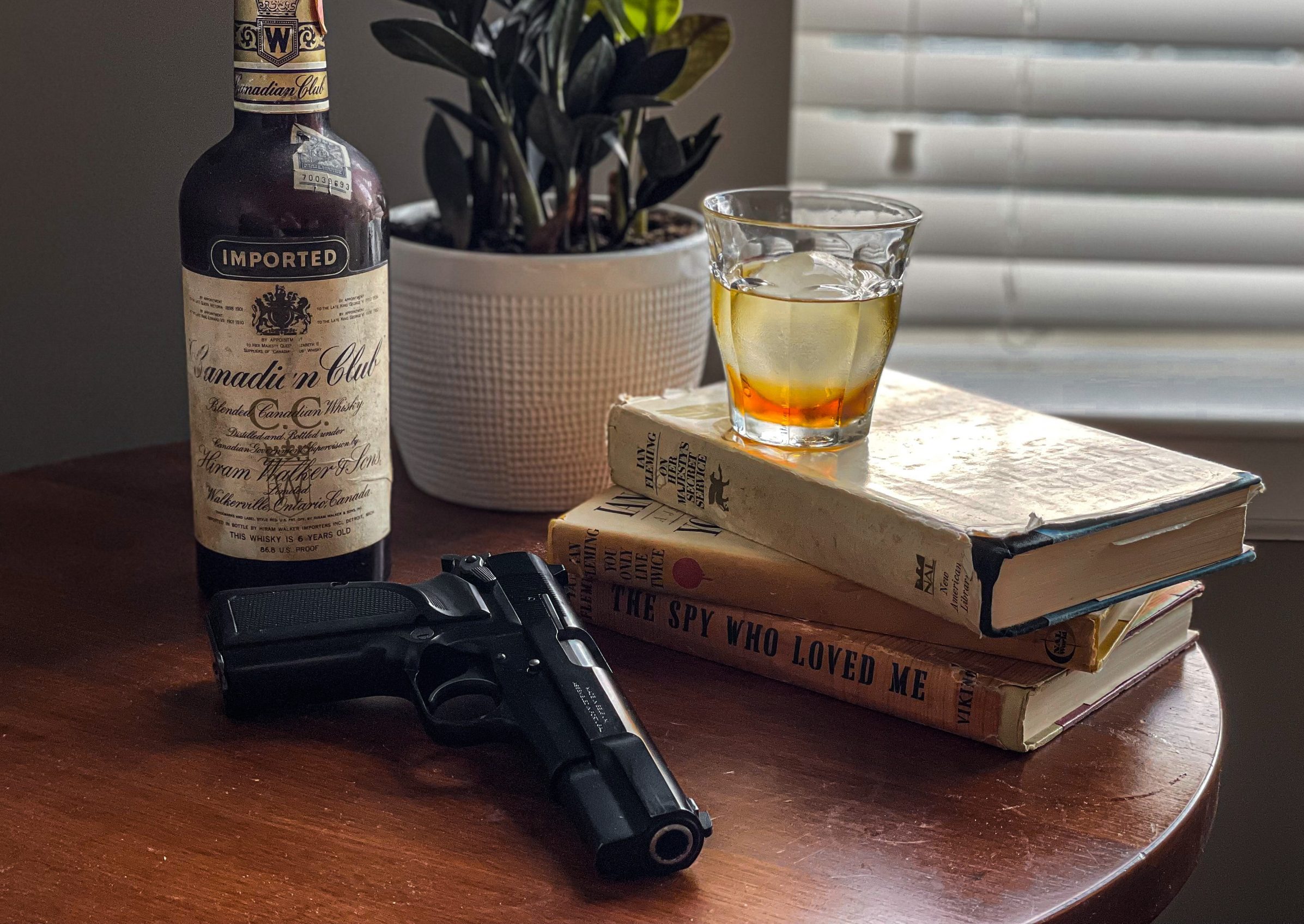 In No Time to Die’s Jamaican sequences, we see a retired Commander James Bond with a Browning Hi-Power, and while it is not the PPK, it is undoubtedly a Bondian handgun due to its storied history.

The Browning Hi-Power is a double-stack, hammer-fired, and single-action 9mm handgun, which was originally designed by John Moses Browning, the godfather of the firearms world, in 1926. Unfortunately, Browning passed away prior to completing the design, his final project. Thankfully, the world did not go without, as his protégé Dieudonne Saive completed work on the gun in 1935, dubbing it the P-35 Grande Puissance or “Hi-Power.”

For a gun in the 1920’s, a magazine capacity of 13 rounds (later increased to 15) was absolutely unheard of. Over its lifetime, the handgun was adopted by more than 50 armies, and has seen action in over 93 countries in their law enforcement agencies.

While revolutionary in many ways, the pistol is fitted with a controversial feature, a magazine disconnect. This safety mechanism prevents the firearms from functioning when the magazine is removed, or not seated correctly. For a combat pistol, this is less than ideal, as it makes the trigger grittier, and also prevents the magazine from dropping free after pressing the release. Note that some Hi-Power magazines (including the ones I thankfully have) are outfitted with a mouse-trap stylized spring on the bottom, which helps overcome the disconnect to release the magazine.

What makes this such a wonderful pistol for Bond is of course its British military heritage, including service as the dedicated sidearm of the SAS from WWII through recent years. The L9A1 (British Military designation for the HP) was also standard issue for the SBS (Special Boat Service) until recently. Both have been replaced by yet another Craig era staple, the Sig Sauer P226, which we happen to see Bond wield frequently in this film. 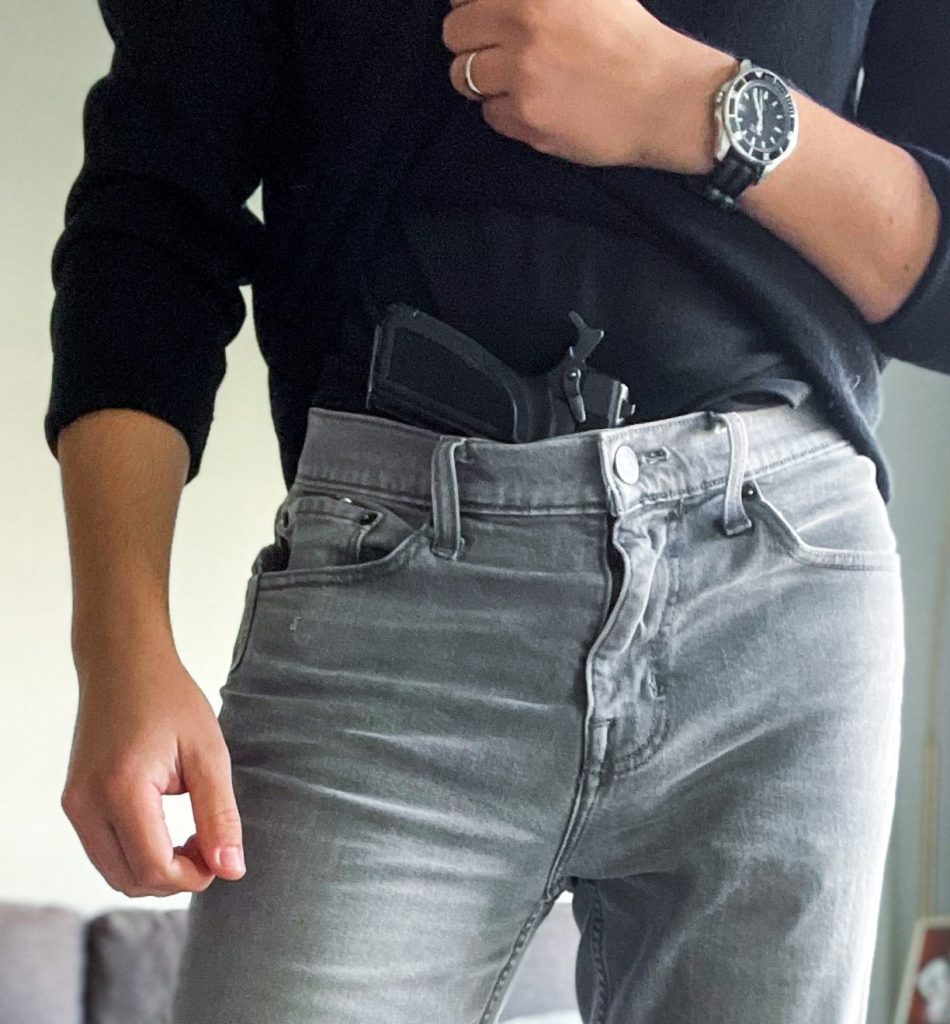 Bond is a man of heritage, of classics, and of familiarity. A retired 007, whether a “former SAS type” or SBS (based on some indicators from Craig’s Bond) type, would have been very familiar with this firearm. It only fits that when reaching for a dedicated home defense firearm, he would reach for a functional classic like the Hi-Power. While we only see it for the briefest of instances, we can see that Bond’s pistol is interesting, as it is outfitted with a “commander” style ring hammer and plastic grips which are typically found on MKIII Hi-Powers. This blending of old and new may just be a prop department accident, but I think it speaks well to Bond’s personal preferences. Ring hammers are popular on the Hi-Power platform as they prevent the dreaded hammer bit caused by the pistol’s short beavertail and aggressively sharp hammer. The newer production grips are a jet black polymer, and are detailed with a diamond stipple pattern and arched finger rests.

Bond, in his supreme confidence, carries this pistol inside the waistband at the appendix position (AIWB) without a holster or belt, for the briefest of moments, and then proceeds to lock it away in a concealed drawer prior to leaving his home to meet Felix Leiter. While I was disappointed to see Bond carry in such a way, it seems to have been just to briefly conceal the firearm, as he had not identified his mystery visitor as of yet, to provide an element of surprise if needed. 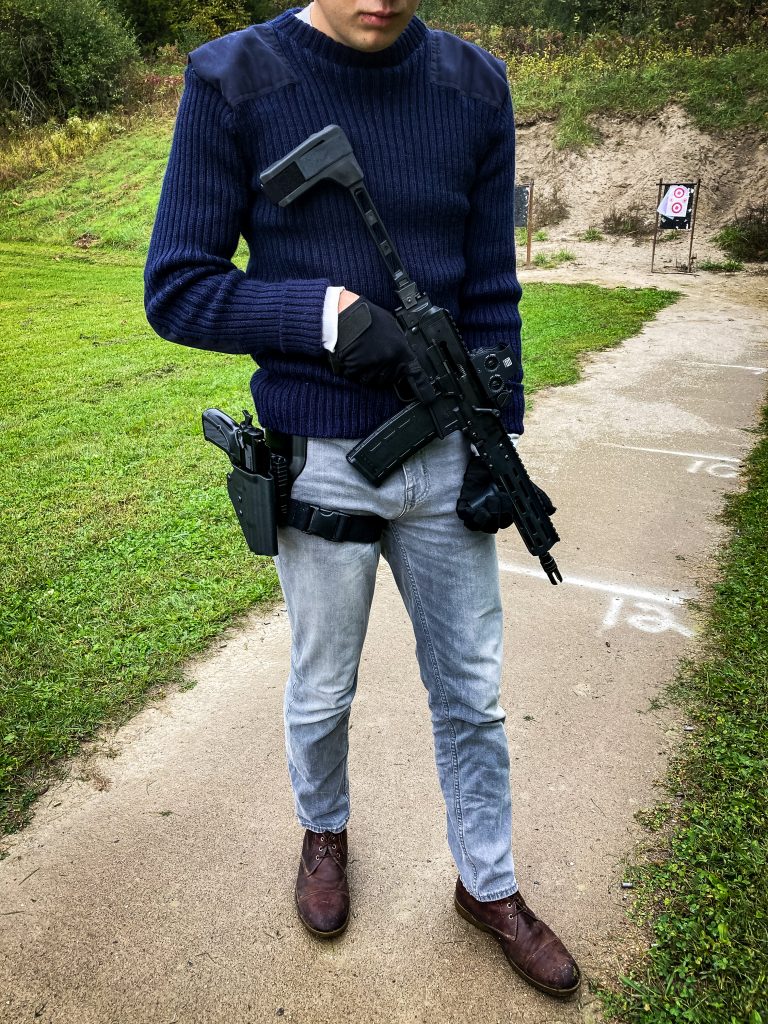 A few Christmases ago, I was taking a brief respite from the family gathering in one of my favorite places, my grandfather’s gun room. For years I would take the time to remove myself from the celebrations to have a small one of my own in that room. I’d take the time to inspect and handle my favorite pieces in his collection, including a stunning Smith & Wesson revolver, an assortment of 1911’s, mostly by Kimber and Colt, among others. It was during this visit I noticed a firearm I hadn’t seen before, a Browning Hi-Power MKIII. It immediately stuck out to me due to this variations inclusion in Casino Royale, and, as this was before the release of No Time to Die, in the teaser images of Craig’s final film. He approached me as I was chatting with Emma about it, and told me to go ahead and give it a new life and home, as it was a gift from another friend as payment for some task or another, and as far as he knew, had never been shot.

This generous gesture allowed me to add another incredible piece of history and of 007’s heritage to my collection. While Bond’s model is certainly a 9mm, this one is chambered in .40 S&W, as it was manufactured for the US market during the late 90’s, when the 9mm was out of favor, and the .40 S&W had unique merits against the 9mm (something that modern bullet technology has now solved). What’s most unfortunate about the .40 S&W variant is that no one has ever produced a magazine with a larger capacity than 10 rounds. That said, this is probably one of two .40 caliber handguns I’ll ever own (the other being the Walther PPS M1 in .40 S&W, as carried by Bond in Carte Blanche), as its steel frame makes it absurdly soft to shoot, unlike most .40 caliber pistols seen today. In addition, this just gives me the excuse to pick up yet another Hi-Power, and that’s something I can’t complain about whatsoever.

Lately, the Hi-Power has seen quite the resurgence in popularity. This makes a lot of sense with the return to retro movement inside of the firearms industry. As a fan of functional classics myself, I am thrilled about it. It’s not just the return of the handgun, which, thanks to Springfield Armory, FN, and EAA, is now upon us, it’s the fact that accessories like magazines and holsters are available as well. My friend Eli Duckworth of @1776_duck on Instagram has a beautiful IWB holster from Galco that he uses with his SA-35. I myself was gifted a T. Rex Arms Ragnarok OWB holster, which I run on a low ride Safariland UBL plate with a thigh strap. While many prefer the mid-ride, I myself being mostly leg with a shorter torso find the low ride to be a better and more natural draw. The thigh strap is also vaguely reminiscent of the drop leg holster worn in No Time to Die, which is a nice nod.

A final parting thought – I find it incredibly fitting that we see Craig’s Bond use a Hi-Power twice in his tenure. Once in Madagascar, after chasing the bomb-maker into the embassy, and here. Bond liberates the pistol in Casino Royale from the desk drawer of the embassy worker attempting to draw it on him, and in No Time to Die, he returns it to a drawer that is filmed and styled suspiciously similarly. It’s such a small detail, the angle of the camera and the light on the gun as it rests in the drawer, but it feels right to see it at both the beginning and the end of the explosive and emotion tenure of Daniel Craig’s James Bond, 007.

a segment of this article originally was written for a collaboration with my friend, BAMF Style. Read the BAMF Style Article, No Time to Die: Retired Bond’s Caribbean Casual Style to learn more.

Caleb Daniels is a lifelong Bond fan and firearms enthusiast from Kansas City, Missouri. For the past six years, he has worked in the firearms industry, and continues to do so. Commando Bond was founded in 2020 as a passion project to bridge the gap between pop culture and the world of firearms, by analyzing how to live like Bond, from his daily carry, to his wardrobe and lifestyle.